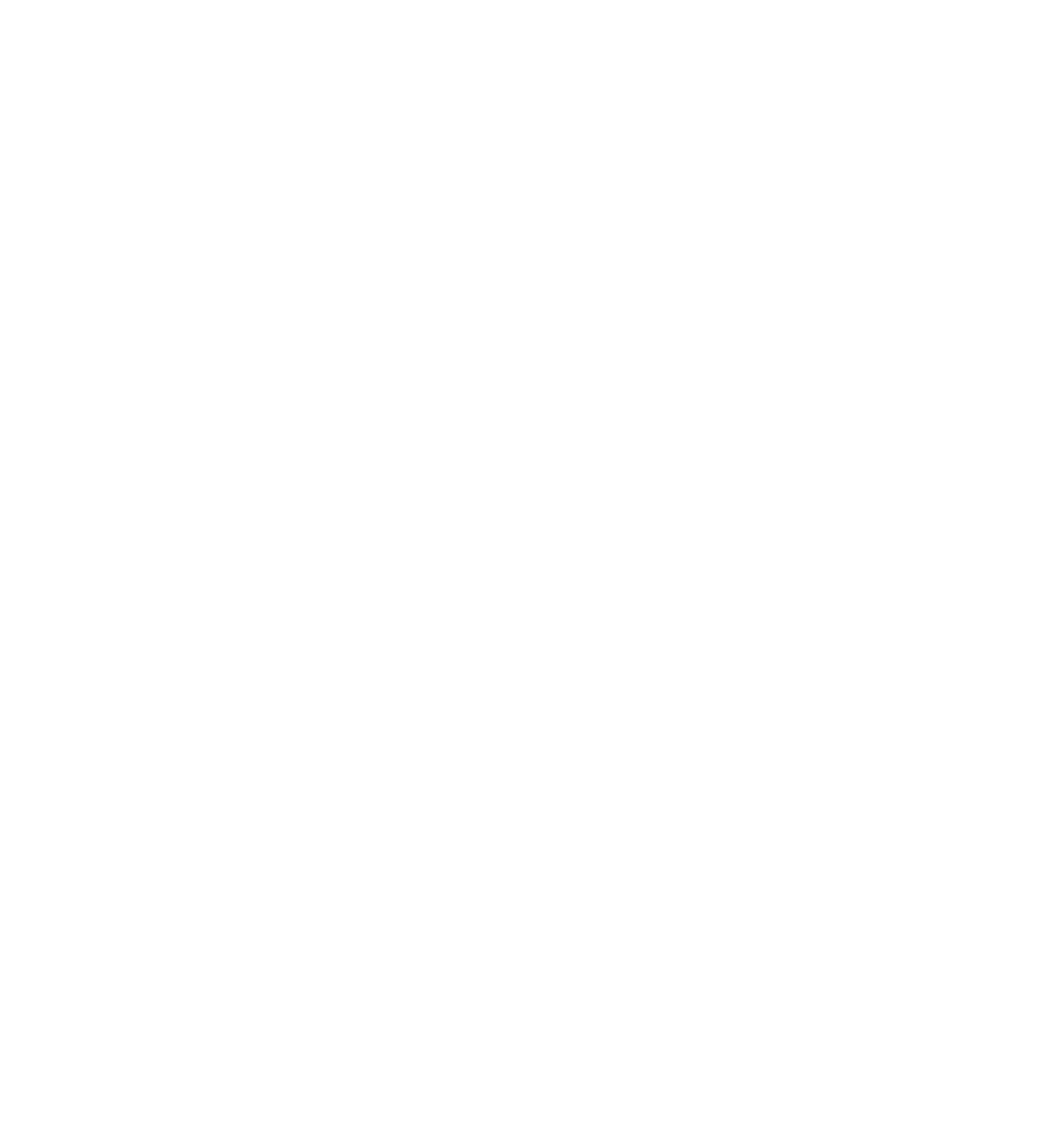 Photo of Niccolo Athens, provided by Niccolo Athens
DISCLAIMER: Composer Niccolo Athens is currently a member of the resident faculty at The Tianjin Juilliard School. These thoughts represent his personal perspective and experience.
Niccolo Athens is a Texas-born composer. Attending Juilliard, Cornell University, and Central Conservatory of Music, he received two BMI Student Composer awards in 2006 and 2009, and a Charles Ives Scholarship from the American Academy of Arts and Letters in 2012, among others.

Niccolo was awarded a Fulbright grant, spent an academic year in residence at the Central Conservatory of Music in Beijing, and taught theory and composition at the Faceart Institute of Music in Shanghai.
You studied at Juilliard, Cornell, and the Central Conservatory of Music in Beijing. What, in your opinion, are the differences in the educational approach and the overall music industries in the two countries?
There are quite a few differences in educational approach that became apparent to me only after spending a substantial amount of time in China and talking with many people who studied composition here.

One of the biggest has to do with how conservatory entrance examinations are conducted: in China, there is much emphasis on composing away from the piano, and on the continuation of a given model. The student's independent creative work does not play too much of a role in the process.

I think this has a ripple effect that impacts how the composition major itself is conceptualized more generally – a craft that can be learned rather than an inner calling, perhaps? Many composition students in China make their earliest creative efforts under the direct tutelage of an instructor for the express purpose of preparing for these examinations, rather than starting work on their own and seeking out instruction later.

Perhaps because of this, some of these composition students seem less invested in their self-image as a "serious composer," and crossing over to work in film, video game, political, or popular music is much more common. This is not to say that there aren't some composers who work solely in "serious music," and who have all the usual ideas about the value hierarchy of various genres, etc. But in general, things are more fluid.
Sign Up for Our Newsletter
How has the pandemic changed your approach to education? How are performances and live streaming concerts going?
Just like everyone else, I have had to become much more open minded about online teaching. More than anything else, personal awkwardness seemed to be compounded by the medium. That said, I have gotten used to it now, and the increased willingness of parents to accept online lessons as legitimate might work to the advantage of music educators going forward.

Teaching composition over the internet is actually pretty workable – probably more so than performance-based majors. Sound quality isn't such an issue, and composition lessons are mostly talking anyway. It can be a bit tedious to help students make corrections, giving them all verbally bar-by-bar, note-by-note, rather than just writing directly on the score.

Online lessons seem to be about 90% as effective as lessons in person for me. Still, all in all, I am very happy that most of my teaching in China is now back to the normal in-person arrangement. I think too much of life is being digitized as it is, and I miss real human connections.
You read a story on Composium or Composium Digest and still have questions? Fill out the form and we will do our best to get the answers
Fill out the form
Overall, in what ways do you think the pandemic will change the music industry?
I have never felt luckier to have such a great job. I can't say I see much of anything positive coming out of the pandemic at this point. In the US, orchestras and opera houses whose position was tenuous even in normal times have been absolutely devastated. Because of China's successful management of the virus, things here have been mostly functional since the initial lockdown.

A bit like the digitization issue, the pandemic seems to have sped up negative changes in society that were already underway, threatening the people, institutions, and traditions that were already most vulnerable. I am sure that digital collaboration will become more accepted in the future, but I can't find anything to celebrate about this. I hope we can fight to regain as much as possible of what was lost.
Because the music industry is changing so fast, institutions also have to adapt. What do you do to keep up and prepare students as best as possible?
In terms of my own teaching, I try to urge students to be open minded and explore different avenues of creativity, even those in which I am not proficient myself, particularly electronic music.

For me, the most important thing is being forthright with my students and their parents about the difficulties that will be involved in this career path. I am sometimes worried that in China and elsewhere the apparent prestige of studying at a well-known institution is the focus of most of the attention, and there is not enough thought paid to what will come after.

I try to paint a realistic picture of what it is like facing the end of a doctoral program as a composer these days if a student is beginning to go down that path. I also ask them to consider enrolling in a university rather than a conservatory for their undergraduate studies so they can keep their options open until they are a bit older and more experienced.
Sign Up for Our Newsletter
In what ways has the education changed when you were studying compared to now?
Even though I am still a relatively young composer, I feel the environment has changed a lot since I was a young student. When I was young, each new score and recording I could get my hands on to study was special. I spent my high school string quartet gig money buying these.

Now, students have scores and recordings for the entire repertoire up to the middle of the last century at their fingertips. It is amazing how much they have access too, but I worry it can also be overwhelming. I think core curricula in conservatories have largely remained unchanged, although there is increasing focus on helping students to prepare for their careers comprehensively, not just focusing on the artistic side of things.

In many American university music departments, there is a shift in progress moving away from focusing on the classical canon and positing other kinds of music making as a legitimate foundation for academic pursuit. I caught the very beginnings of this trend as I was finishing graduate school.
Were there any difficulties you experienced when you began your career?
I think the most difficult period for me was just after finishing graduate school. I was rather successful as a very young composer and continued to feel that way as I pursued my studies at Juilliard in New York. Studying in such an amazing environment gives you the feeling of being at the center of things.

This brings an amazing sense of confidence and purpose, but sooner or later this comes to an end, and the structured creative life that is part of being a student disappears. After that you have to find your own way, create your own opportunities.

All creative motivation must be internal – there is no composition teacher waiting to look over your next work. I would encourage any young composer to give this some thought in advance.
You read a story on Composium or Composium Digest and still have questions? Fill out the form and we will do our best to get the answers
Fill out the form
Do you think it is becoming harder, or easier, for composers to find a job?
Harder. Because of the pyramid-effect, the academic jobs for which doctoral programs in the US were designed to prepare composers are now few and far between. The programs themselves, however, remain largely unchanged.

So much valuable learning still takes place at this level, I am reluctant to recommend that people should not pursue these degrees, but they should do so with full knowledge of what things are going to look like as they approach graduation and be open minded about careers outside the standard academic pathways.

Other ways out are always available. For me, studying Mandarin and learning about China eventually provided just such an alternative path. This began mainly out of personal interest, although I probably had a vague inkling that it might be useful.
What does the current music industry in China look like? Where do you think it is heading?
It is obviously a complex and many-faceted thing, perhaps even more so than elsewhere given the sheer scale. I do feel reasonably familiar with the world of Chinese conservatories and the employment prospects for graduates of these institutions.

They face the same problems as their counterparts in the West, but there does seem to be more flexibility in their attitudes to dealing with them. Many will return to their hometowns to teach amateurs: the demand for music education at all levels is still extremely high. Orchestras and conservatories are also still in a growth phase, so the pyramid-effect/stagnation that you get in the West hasn't yet taken hold.
< next
Joshua Ballance uses coding to find patterns isolated by music analysis
previous >
Five Minutes With Eleanor Aversa, Berklee College of Music
Benjamin Loh on Singapore's Music Scene
Thailand New Music and Arts Symposium: What does it mean to be a composer today?
Vasily Ratmansky on MSM, Germany’s music scene, and Zoom compositions
Inside the Yale School of Music and how it works
SUBSCRIBE TO COMPOSIUM DIGEST
Get newsletter-only overviews of interesting stories in the music industry, stay informed of various opportunities music startups and companies offer, and catch up on some of our articles you might have missed!
MyComposium.com Copyright (c) 2021 by Anouk Dyussembayeva. All Rights Reserved.
Made on